See the Nominees perform at Copper Blues than cast your vote!

“It’s hard to believe that you are only three guys up there making all that music!” The Ventura County hard rock power trio Black Dragon hears this a lot. With Dave Morello on drums, Jeff Gelsinger on bass and Sean O’Donnell on guitar & vocals, the band gives a live performance suitable for all ages that gets fists pumping, people dancing and heads bobbing in rhythm to the music. The original songs played by these three experienced musicians combine elements from the past, present and even the future of music. The combination of powerful drumming, solid bass and stylish guitar coupled with soaring vocals allows Black Dragon to blend styles from different genres so subtly that the listener will discover something new every time they hear one of the band’s tunes. 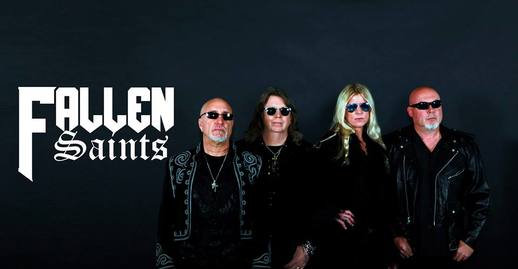 Fallen Saints formed in August of 2013, when The Dirty Gringo band was searching for a new guitarist.
The influences are many. From the beginning of rock in the late 60's such as Cream, Hendrix, Zep, and The Stones, all the way through the years to today's great...
Band Members
Courtney Darrough - Vocals
Steve Charles - Bass
Greg White - Drums
Robert McKinley - Guitar, Vocals 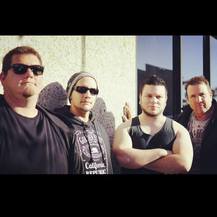 Winners of the 2015 Award for Best Rock, KINGS REVENGE Has Now Been Nominated for 2017
in the Best Live Band and Album of the Year Categories.

Fronted by Riveting Guitarist/Vocalist: TC KING, also Nominated in (Best Male) Category
With the Intricate Bass Lines and Strong Metal Backbone of Bassist: JOSH DUBOIS,
The Solid Lead and Rhythm Chops of Guitarist: TOMMY HILLS, and
Kick Ass Skills of Drummer/Percussionist: KYLE CABRERA,
KINGS REVENGE Is a Force to be Taken Seriously as they Consistently Provide their Audiences with Layers of Classic Rock, Blues, Metal, Progressive, & Alternative Rock Textures & Influences; that are then Perfectly Infused with Exceptional Songwriting Skills and Killer Vocals.

The Ability of KINGS REVENGE to Capture and Command an Audience, Has Earned them the Title of Ventura County’s Best Rock Band and the Ongoing Respect and Admiration of Venues, Fans, and Fellow Musicians Alike.
Members
T.C. King (Vocals+Guitar)
, Tom Hills (Guitar),
Josh Dubois
(Bass), and
Kyle Cabrera (Drums) 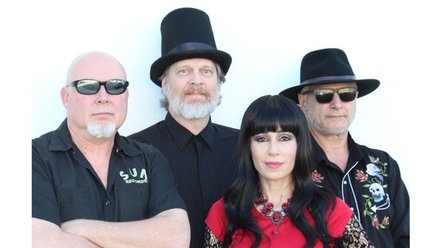 4pc Rock Band located in Ventura County California
Winners of several awards and local live music sweethearts Sisterook front woman, ook, is known for her unique and powerful singing voice. She started her band in Dayton,Ohio in 1996 and has captured the hearts of fans here and abroad. Her fans have been requesting a CD for years! Sisterook is happy to announce a 10 Original song CD "Rock n Roll Woman" will be available to purchase in May 2017 In addition to the recordings, Sisterook has a long and varied history of live performances and is well aware of how discerning today's music listener is.We strive to create well crafted songs honoring the tradition of musicians playing instruments and working together in harmony as a band. We look forward to entertaining everyone,everywhere!"Love is our only hope" said ook :)